NFTs: Technology of the Future Today 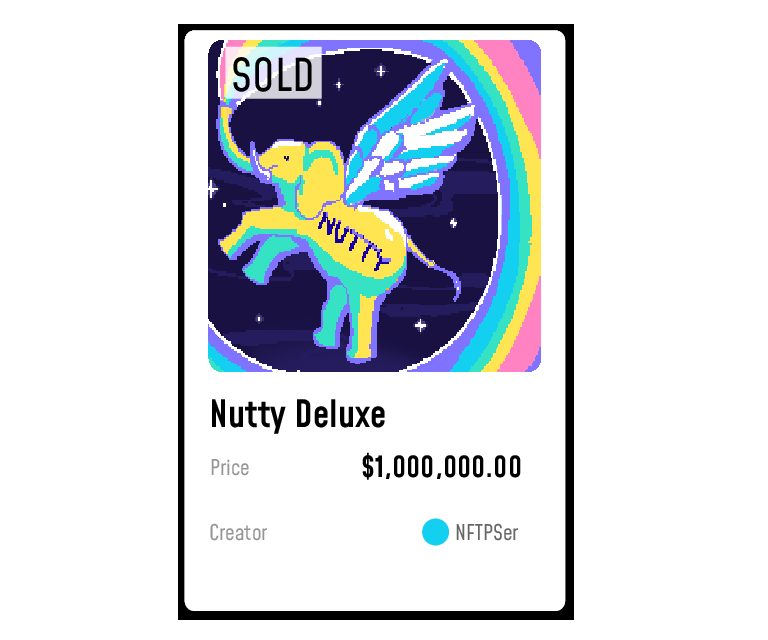 Earlier this year, crypto-millionaire Vignesh Sundaresan bought an online picture, an NFT, for $69 million at a Christie’s auction. Yet for all the money spent, he will never be able to hold it in his hands.

According to Forbes magazine, a non-fungible token, or NFT, is a digital asset that represents real-world objects like art, music, in-game items and videos. They are one of a kind and have unique identifying codes. For example, the famous Nyan cat was made into an NFT and sold for $600,000 in February.

Although NFTs are being sold at high prices, they are not exclusively for the super-rich. The rise of the digital market, fueled by cryptocurrencies, has lead the market to become more advanced and open to the common public. Through pop culture and the digital mar- ket, NFTs have even spread with high school students. Senior Jacob Aragon has bought four NFTs, all from the GEVOLs collection, through his involvement with cryptocurrency.

“I initially saw the hype in Bitcoin and decided to get in, and once I was in this crypto-space, I became extremely interested in NFTs,” Aragon said.

Aragon bought them in order to gain access to an exclusive community only open to GEVOLs owners. Other people have bought them for different reasons ranging from want- ing a one-of-a-kind collectible to trying a modern form of art investing.

Although NFTs were created in 2014, the term is still unfamiliar to most people as they have only recently been gaining popularity.

“The entire digital market took off,” Assistant Professor of Finance at UCF Buvaneshwaran Venugopal said. “People did not have a lot to purchase with cryptocurrency, and this [purchasing NFTs] is one way how they can spend money.”

To purchase an NFT, online markets such as OpenSea are the most common place to go to. The market works like an auction. A creator makes the NFT and then potential buyers bid on it with Ethereum, a type of cryptocurrency.

Many are skeptical about the validity of “owning” a piece of the internet. Although taking a screenshot might seem like a way around getting an expensive NFT, they don’t work this way. Just like physical art, there can only be one original.

Jose Ramon Riestra, President and CEO of Empire Management Group, is expanding the market by starting his own NFT marketplace called Heart NFT. It is focused on selling the art of artists in hard to reach areas and artists without the access to an online marketplace.

“I’m super excited to give hundreds, hopefully thousands, of artists from areas like Cuba, Ghana, or Central Africa access to be able to get their art out in the world,” Riestra said. “It’s my dream to disproportionately help people and communities in areas without the financial access.”

Through purchases of the artwork online and in a Miami gallery, and even through partial ownerships of NFTs, the artists will be paid. Their work will have exposure to a global market, generating revenue in crypto for themselves, and helping their community in the process.

“A sale of ten thousand dollars could drastically change lives of individual artists and their communities in a place like Ghana and South America,” Riestra said.

Pop culture portrays that NFTs cater to only the “crypto-millionares” and involve celebrities buying artwork from celebrity artists, but Heart NFT could change this market and make it a truly global and integral part of our world.

The NFT market has be- come increasingly popular, but there are still drawbacks to the new market. There is instability in the market that comes from security concerns and a lack of regulation in the market, like what the FDIC provides for banks.

Recently a loophole was found, as a group managed to replicate the most expensive NFT ever sold, Beeple’s “Everydays—The First 5000 Days”, and passed it off as the original.

“If people keep doing this, the trust in the market would fall,” Venugopal said. “So if the trust falls, the market is going to collapse. But, if some sort of security patch was found, then the market may be secure enough to stay around for a long period of time.”

But even with these issues, NFTs show promise for the future.

“In five to ten years, NFTs will be the way you go to concerts, on airplanes, and will be used at the doctors office,” Forensics teacher and cryptocurrency connoisseur Benjamin Gaddis, said.

NFTs have made significant impacts very quickly in the online market. Who knows how soon Nike will put a run of Jordans on Ethereum or when you’ll be able to buy Harry Styles’ concert tickets in the form of an NFT.