“Fantasy Island” Review: The Most Horrible Horror Film of the Year 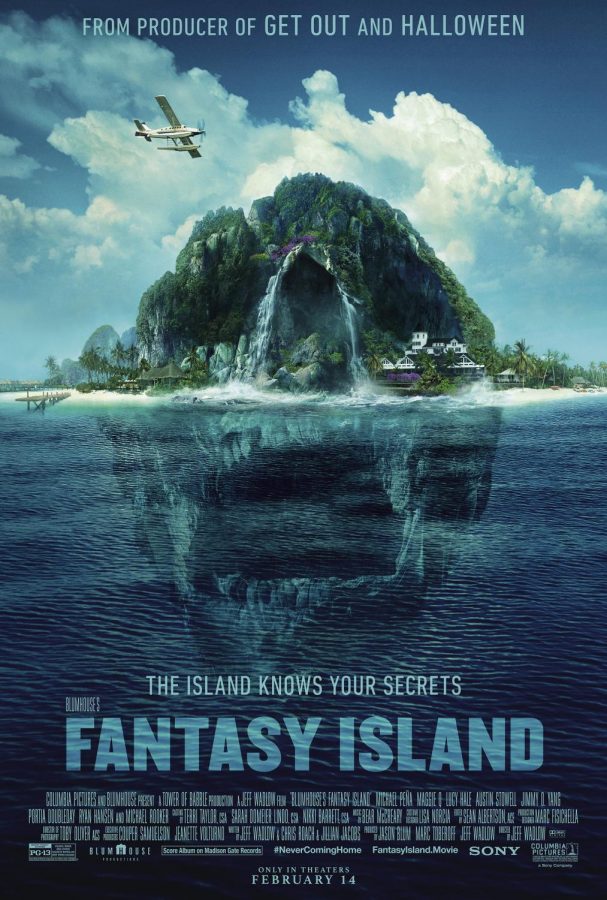 “Fantasy Island ” is a horror adaptation of the “Fantasy Island” 70’s TV show and was released into theaters on February 14. Directed by Jeff Wadlow, this island has the power to grant guests who stay there any fantasy that they desire. Five guests are chosen to experience their fantasies on the island, but it quickly takes a turn for the worse as their dreams spiral into nightmares.

While the concept seems like it would make for an interesting and exciting movie, it fell short of delivering any explanation behind how the events on the island were possible, and it certainly shouldn’t be classified as a horror movie.

As soon as everyone enters the island villa, Mr. Roarke (Michael Peña), the owner of the island, explains how the fantasies work.

“Once you begin a fantasy, you must see it through to its natural conclusion,” Roarke said.

This is his warning and foreshadowing to the guests that not all dreams go the way you hope they will, but you have to stick with them no matter what.

After this introduction, brothers Brax and J.D. are introduced to their fantasy. They walk through the forest on the island to discover a hidden mansion with a pool, party festivities and lots of people to celebrate with.

In a separate fantasy, Melanie is taken down an elevator to a torture chamber with a “projection” of her childhood bully. She is presented with many options to physically and emotionally hurt the bully, which she has always wanted to do.

Gwen’s fantasy is to be able to redo a time in her life so that she can accept her boyfriend’s proposal and start a life with him. She finds herself back in time to the same night that her boyfriend proposed to her.

Patrick wanted to join the military like his father did, so he is dropped off alone in the forest, waiting for the fantasy to begin.

This is when the fantasies start to go wrong. Patrick is kidnapped by a group of hostile military personnel, and they treat him like a dangerous enemy.

Brax and J.D.’s party gets crashed by assassins looking for money and resources that the brothers don’t have and have never heard of. The brothers are held hostage until they can find the items that the assassins want.

Gwen’s fantasy isn’t what she hoped it was, and she realizes that her real fantasy is not this new life. She tries to get a new one, but Mr. Roarke reminds her that there is only one fantasy per guest and that you must see your fantasy to its natural conclusion.

Melanie’s childhood bully projection turns out to be real, and she immediately regrets the damage she has done. She takes matters into her own hands and smashes through the cage to help her bully escape.

Melanie and her bully go on an adventure to find the rest of the guests who entered the island and save everyone from their twisted fantasies.

The main problem I had with this movie is the genre. The movie was supposed to be a horror adaptation of the TV series, but I don’t believe it was a horror movie at all. There were almost no jump scares or other horror elements, and if there were scary parts, you could spot them from a mile away.

The movie also left a major unanswered question. A mysterious ring worn by Mr. Roarke was shown in multiple frames throughout the movie, but the real reason behind the island’s powers were explained to be something completely different at the end. It is never revealed how or if the ring functions, and it seems to have no use at all in the plot.

The only praise I can give this movie is the fact that the ending really surprised me in terms of plot, but don’t be mistaken, the “horror” elements were never surprising.

It definitely seemed like a cheesy attempt at scaring people, and there were times when I found myself laughing from the effects and characters chasing the guests down because of how poorly done the effects were.

“Fantasy Island” is really just an average movie that should not be categorized as horror. I would only recommend it as a slightly comedic or adventurous movie. If you’re looking for terror and jump scares, this is not the movie for you.