Speeding Into The Theatre: “Sonic the Hedgehog” 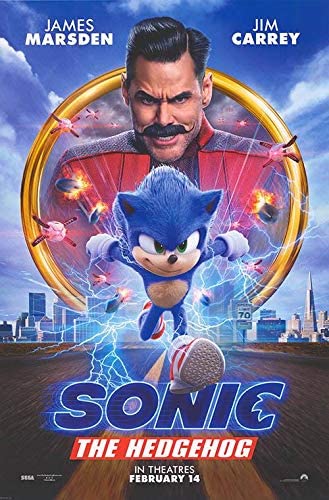 “Sonic the Hedgehog” came to theaters in the U.S. on February 14, and so far the movie has earned over $295 million. The movie had a good balance of funny and serious moments, and I highly recommend watching it if you want to have a good chuckle.

Sonic the Hedgehog, created in 1991, by the video game company Sega, is a blue, speedy, friendly and very talkative hedgehog. He was born with super speed, but has special shoes that help him decrease friction.

In the movie, “Sonic the Hedgehog,” Sonic (Ben Schwartz) wants to be friends with Tom Wachowski (James Marsden), and while Sonic is befriending Tom, he has to deal with the treacherous Dr. Ivo Robotnik (Jim Carrey), who wants to obtain Sonic’s powers to take over the world.

The movie was originally scheduled for release in November, but film director Jeff Fowler wanted to change Sonic’s appearance. The change made Sonic look more cartoon-like, including fewer teeth, a darker color and larger eyes.

“You aren’t happy with the design & you want changes.” Jeff said on Twitter, “It’s going to happen.”

The changes definitely made Sonic a more enjoyable character. Several other details gave the movie a great appeal. One scene shows Sonic run really fast, while everything else appears in slow motion. The film effects were excellent.

Also, the dialogue in the movie was perfect for each scene. Sonic had some really funny lines throughout the whole movie.

I highly recommend watching this movie if you are a fan of Sonic or action-adventure comedy movies.