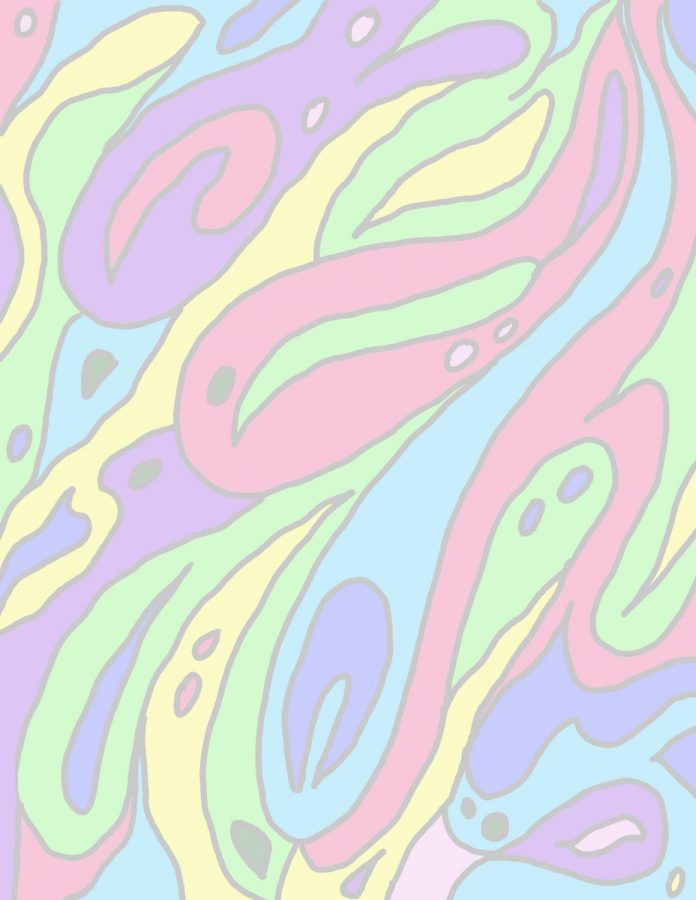 March is Developmental Disabilities Awareness Month. In 1987, President Ronald Reagan made this designation to encourage equal rights for those with Intellectual/Developmental Disabilities (I/DD). The intent of this designation is to acknowledge and appreciate those with I/DD and tell their stories. The Trinity Family can help make a difference not only at school but in our community.

Intellectual/Developmental Disabilities are conditions that adversely affect the trajectory of one’s physical, intellectual, and/or emotional development. But, who exactly falls into the I/DD community? Common or well-known examples are Down Syndrome, Autism Spectrum Disorder and Cerebral Palsy.

For many years, the ‘R’ word was used in the context of “mental retardation” by medical professionals for people with I/DD. However, the ‘R’ word has since become a slang word for someone stupid or ignorant and is now considered pejorative.

“It [the ‘R’ word] is such a horrible word,” senior and founder of Trinity’s Best Buddies club Emma Davey said. “It was used so much to oppress people with disabilities. People with disabilities used to be sent to intuitional camps just because they had an extra chromosome, for example. That word represents all of that because that’s what they were labeled as and it hurts me to say it.”

Lobotomies, a procedure that involves the severing of brain connections, were performed on people with disabilities in the early 20th century as a way to “fix” them.

People with disabilities were and often still are called this hateful word as a way to make them feel lesser than. This word is not to be used jokingly in passing; it represents decades of injustice and prejudice.

The offensive word shows up a lot in today’s dialect, even on campus. Davey said she has experienced situations where people say the word, and she does not know how to react. She said that it is uncomfortable when it is said so often.

“It [the ‘R’ word] actually came up in one of the Trinity plays when I was in seventh grade and I didn’t know how to handle the situation,” Davey said.

As an attempt to combat this, during the month of March, the Best Buddies club is starting a campaign called “Spread the Word to End the Word” where participants vow to not say the word as a way to spread awareness.

“Part of the campaign is having a bunch of people sign a banner and pledge that they are not going to say the ‘R’ word anymore,” Davey said.

The media has played a role in heightening awareness about the challenges faced by those with  I/DD. Often, accurate information and authentic characterizations of people with disabilities are portrayed. But sometimes the media still gets it wrong. One recent example is in the movie “Music,” produced by artist Sia. The movie follows a young woman named Music, portrayed by Maddie Ziegler, who is autistic.

The film includes a scene that features a dangerous restraint method being used on Music when she has a meltdown. The method of restraint depicted has been lethal in some cases and is upsetting to watch on screen.

The movie also has scenes with flashing lights and bright colors, which can trigger seizures, which people with autism are prone to. Although unintentional, and to the fault of Sia, Ziegler’s performance came off as tone-deaf and mocking.

Although the film was nominated for Golden Globes’s Best Motion Picture- Musical or Comedy, the backlash for the movie was catastrophic.

Before deleting her twitter account, Sia tweeted: “I’m sorry. I plan to remove the restraint scenes from all future printings. I listened to the wrong people and that is my responsibility, my research was clearly not thorough enough, not wide enough.” The people she listened to were in fact an Autism awareness group, Autism Speaks, which has been heavily criticized for its unflattering portrayal and pitying treatment of people with autism.

What can Trinity do?

Although the percentage of students at Trinity with I/DD is very low, the school community can still make strides in improving its inclusivity at school towards students with I/DD and to those in the community at large. Although being deaf does not fall under the category of I/DD, ASL is commonly used to communicate with nonspeaking people with autism and other disabilities.

“If we [Trinity] had an ASL class and count[ed] it as a foreign language, which I know Winter Park does that, we could have a whole curriculum and that would be amazing,” Davey said. “Being able to converse even a little with someone who is deaf, opens up a whole new world.”

From learning how to respectfully navigate someone who uses the “R” word, to including someone new in your everyday activities, Davey believes we can all take steps to make campus more inclusive.

“I try to come from a place of educating people instead of flipping out,” Davey said.