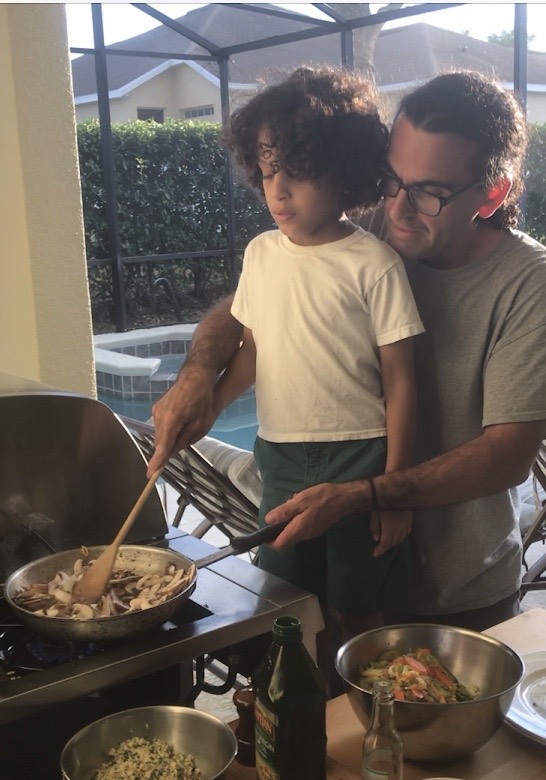 The coronavirus has greatly impacted all members of the Trinity family, from students to faculty to the Grille staff. To help students have some of Trinity at home and bring a taste of the Grille, Food Director Chris Behrens has posted on Trinity Prep’s Instagram two videos of him cooking the best sellers at the Grille: his signature chocolate chip muffins and the infamous breakfast burrito.

When school broke for spring break, Behrens like many others on campus, prepared for multiple scenarios. At times, Behrens and his staff were rushed because they had to cancel all of the food imports from Coca-Cola and other vendors. Although they were rushed in this situation, Behrens said he was fortunate enough to have very little food waste.

“There was nothing leftover, and anything that there was before we gave to anyone who was working there,” he said. “But, that was all stuff like cheese that was perishable.”

Although school is canceled for the rest of the semester, Behrens said he caught a break before school was out.

“I’ve only had to go back on campus twice because we did the deep clean of the Grille and of the campus right before spring break, so we didn’t have to go back and get everything out of there because we already did before the break,” Behrens said.

But now that students are not returning to school, Behrens and his crew must start preparing for the next school year such as by restarting shipments as soon as possible.

In the meantime, while Behrens isn’t cooking for the 900 students and faculty on campus, he’s still virtually cooking for students. Behrens said in the future he might do more videos on the quesadillas or other Grille favorites.

“I only get a short amount of time with them but I try to make the most of it, mostly not about school or teaching, maybe get them to laugh a bit,” Behrens said.