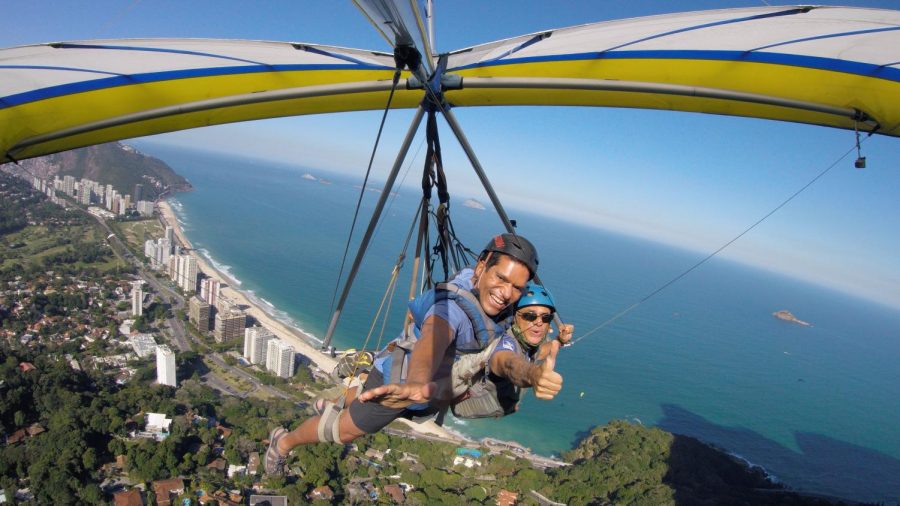 New Social Sciences teacher David Figueroa-Ortiz did not intend to go into teaching. He originally wanted to be a lawyer and initially got an undergraduate degree at Princeton and a law degree from Columbia.

After working in law then at NYU for a few years, he got an opportunity to work at Princeton as an administrator in the School of Public Policy. After two more years, Figueroa-Ortiz earned his master’s in Education from NYU. Eventually, he started teaching at Princeton Day School, where he taught for eight years and then at Morrisville for seven. Now, he teaches World Religions and World History at Trinity.

“I wasn’t really thinking or pursuing it but the opportunity came up to teach, and I fell in love,” Figueroa-Ortiz said.

He eventually was able to adjust and found the people here to be a nice change of pace from those in the Northeast.

“People in the northeast might be wound a little bit too tightly, and I’m enjoying what appears to be a much more easy going way of doing things,” Figueroa-Ortiz said.

Along with teaching, Figueroa-Ortiz has also worked towards building healthy habits and exercising more often.

“I’ve got into a good regime of healthy eating and exercising, and I dropped close to 40 pounds in the last year,” Figueroa-Ortiz said.

Beyond the impact of losing weight, this has also had many other positive effects.

“I feel healthier and more energetic than ever,” he said. “I had some health issues that have, for now, gone away.”

Figueroa-Ortiz also absolutely loves traveling and has been to a couple of places in both Latin America and Asia, as well as Sinai.

“I love traveling, seeing how other people do different things,” Figueroa-Ortiz said.

One of Figueroa-Ortiz’s favorite parts of teaching merges teaching with that love of travel through Experiential Education, in which he takes his students on trips to various locales to not only learn about the place’s history, but also to actually allow the students to live it. He did this at his old school, where he took his students to different parts of Brazil to learn about its colonial and imperial past, as well as its future. He also said he hopes do these types of trips at Trinity in the future.