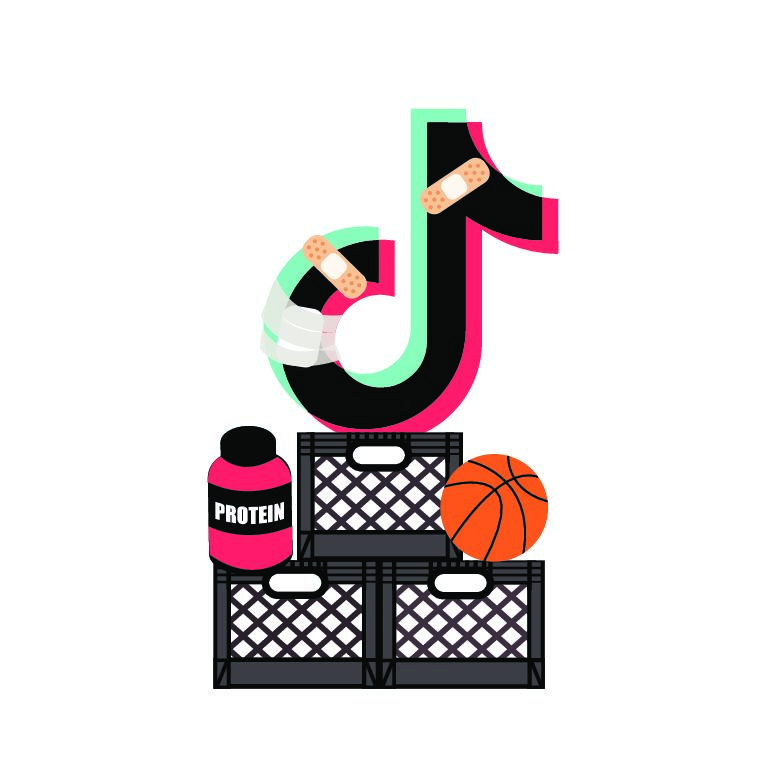 From listening to a popular new song to buying a pair of mom jeans, trends are a simple part of society. People have an innate need to feel a part of something and keeping up with the latest fashions easily fulfills that need.

Recently, a new challenge has swarmed social media feeds prompting users to set up a pyramid of milk crates and try to walk over them. The only problem is milk crates do not make stable structures; most people do not get to their third step before they have already toppled over, landing face-first into piles of knocked-over milk crates. This challenge has resulted in thousands of preventable injuries including shoulder dislocations, ACL and meniscus tears, broken wrists and spinal-cord injuries. However, instead of deterring new challengers, these dangerous effects have only encouraged people to get off their phones and set up some milk crates.

An outsider can view this challenge as dangerous, but the user might just see it as a way to feel included. The likes, views, and comments praising them for their funny video then invite other users to try to recreate that video, so they can obtain the same reaction.

“It’s all part of social acceptance that you have a behavior, and you are either rewarded or punished for it,” AP Psychology teacher Donna Walker said. Walker went on to provide the example that untrendy outfits will result in people making fun of you causing you to not wear that outfit. However, wearing a fashionable outfit will make you fit in, so now that you are rewarded, you will continue to wear that outfit.

Before the rise of social media, trends spread through monthly magazines or weekly tv shows, but now a new fad can appear in an instant. The constant cycle of trends pressures people into repeatedly changing themselves to fit in. And while trends can be as harmless as buying a new pair of trendy jeans, when the next new trend arrives shortly after, those jeans are left hanging in the closet never to be worn again.

“There’s also a lot of downfalls that especially with teenagers, we found out that [pressure of trends] is really stressing them out,” Walker said. “It’s causing them a tremendous amount of stress, anxiety, depression and issues with self-esteem to constantly try to keep up with these frankly unrealistic achievements.”

While the urge to participate in trends is stressful, removal from trends creates a new stress of feeling left out. People are then left trying to balance the anxiety of constantly keeping up in order to not feel like an outlier.

“The stress of feeling rejected, feeling like they don’t belong in their friend group, feeling like they’re not a pioneer in this trend and the stress of not participating, [people] perceive as greater than the stress of not participating,” Walker said. “In fact, when you talk to people who have been hospitalized because their depression, anxiety and suicidal ideation is through the roof, and they get their phones taken away from them, they actually discover it’s liberating not to have that phone over their head like a sword.”

While certain trends can be stressful, there is a whole different kind of trend that takes it to the extreme. A trend can be distorted into a dangerous trap all by simply masking it with the label of a challenge. When a trend is painted as a challenge, it invites users in to conquer it, even if it is impossible- or deadly.

Challenges on TikTok have swarmed “For You” pages, begging the most daring users to participate. For example, the “Dry Scoop Challenge” encouraged users to gulp down a spoonful of dry pre-workout powder before a workout. While these powders are meant to be dissolved in water and there is no health benefit to eating them dry, many users jumped at the chance to participate. In lesser cases, the participant would cough up the powder. However, in more extreme cases, people faced serious health risks, including a heart attack in one instance.

Social media has allowed these dangerous challenges to spread without any checks and balances. The limitless amount of content and the lack of proper safety regulations have led to thousands of harmful challenges spreading on apps like TikTok.

While challenges like the “Dry Scoop Challenge” are plain dangerous, other challenges start off as innocent fun but then snowball into more dangerous ones. For example, a challenge dared users to try to dodge objects after throwing them up in the air. This trend started with safer objects such as a rubber ball but a simple, fun game would not satisfy viewers. The bigger and heavier the objects got, the more views the video would receive. While users get temporary satisfaction from numbers on a screen, they risk potential head trauma from throwing up objects like basketballs and bikes to then falling on them.

Social media sites can not undo the physiological satisfaction that comes from participating in a trend, but they can monitor trends that become toxic to users. TikTok did ban the “Milk Crate Challenge”, but that is only one dangerous trend in the everlasting cycle of new misleading content being thrown at users’ faces.

TikTok has about 80 million monthly active users in the United States with 60% being between the ages of 16-24. With undeveloped prefrontal cortexes (the part of the brain responsible for decision-making), teenagers are already susceptible to falling into bad trends. TikTok’s audience being primarily teenagers means they have to be proactive in stopping the harmful content on their app.

If TikTok were to put safety warnings on videos and consistently take down videos that cross the safety guidelines, then the spread of potentially life-threatening challenges would stop. It is important to stop laughing at how people could participate in a ridiculous trend but recognize that they are victims who were misguided in their attempt to find acceptance within a community.