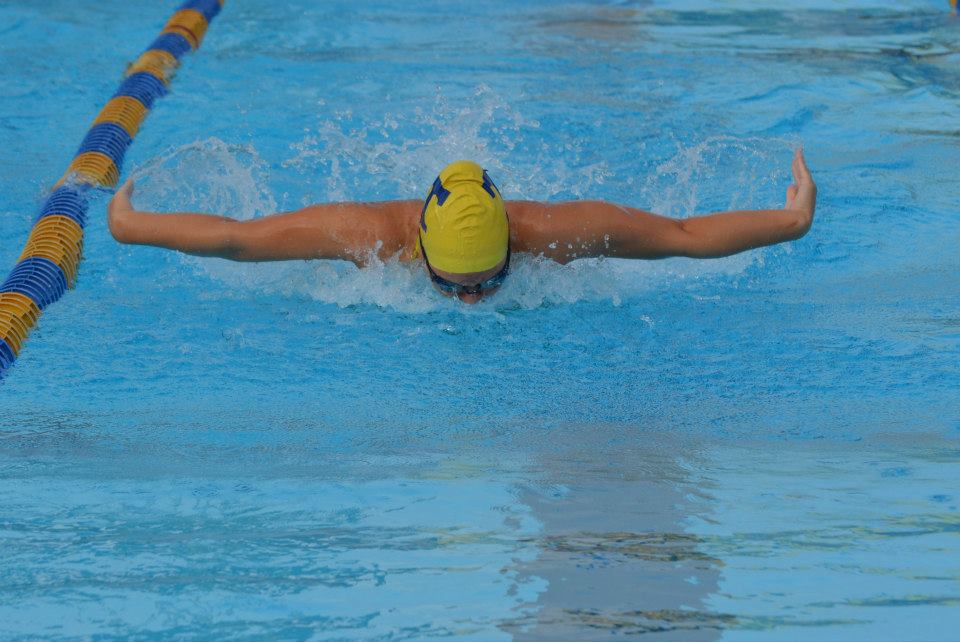 Malone swims the butterfly stroke in a meet against Berkeley.

Senior Brooke Malone is no average student walking the halls.  She is a very accomplished swimmer, owner of a national record and fourth in the nation.

Since Malone was eight, she has been training and living her dream.

“My parents wanted me to learn how to swim, and I just didn’t stop,” she said.

Ever since then, swimming has been Malone’s passion, and she’s trained extremely hard to get to the level she is at today. Malone trains 14 hours a week all year.   Her number four ranking is in the 100-meter Breast Stroke, which also happens to be her favorite stroke.

Malone obtained her national record in the 400 Medley Relay during a regional invitational at the University of Maryland.

With a time of 3:40.53, her team beat the old record by 1.14 seconds.  Malone said this was the time when she realized that swimming could be the key to her future.

“[Relays] are more fun and more spirited,” she said.

Malone attributes her success to good teams, good coaches, and her parents.

Malone is the ultimate competitor; and she loves racing others and always strives to be the first to touch the wall.  Malone listens to Nicki Minaj’s “Superbass” to get her focused before meets.

Her goals for this year include winning districts as a team and winning states as an individual.  She also hopes to make Nationals and compete at the Olympic Trials, which she said is her “ultimate goal.”

“Everyone knows each other here,” Malone said.  “And you guys get free time, which I never had.”

Malone left South County because she preferred a smaller, private school.  She looked at other schools in the area like school rival Lake Highland but chose Trinity because it felt more like home.